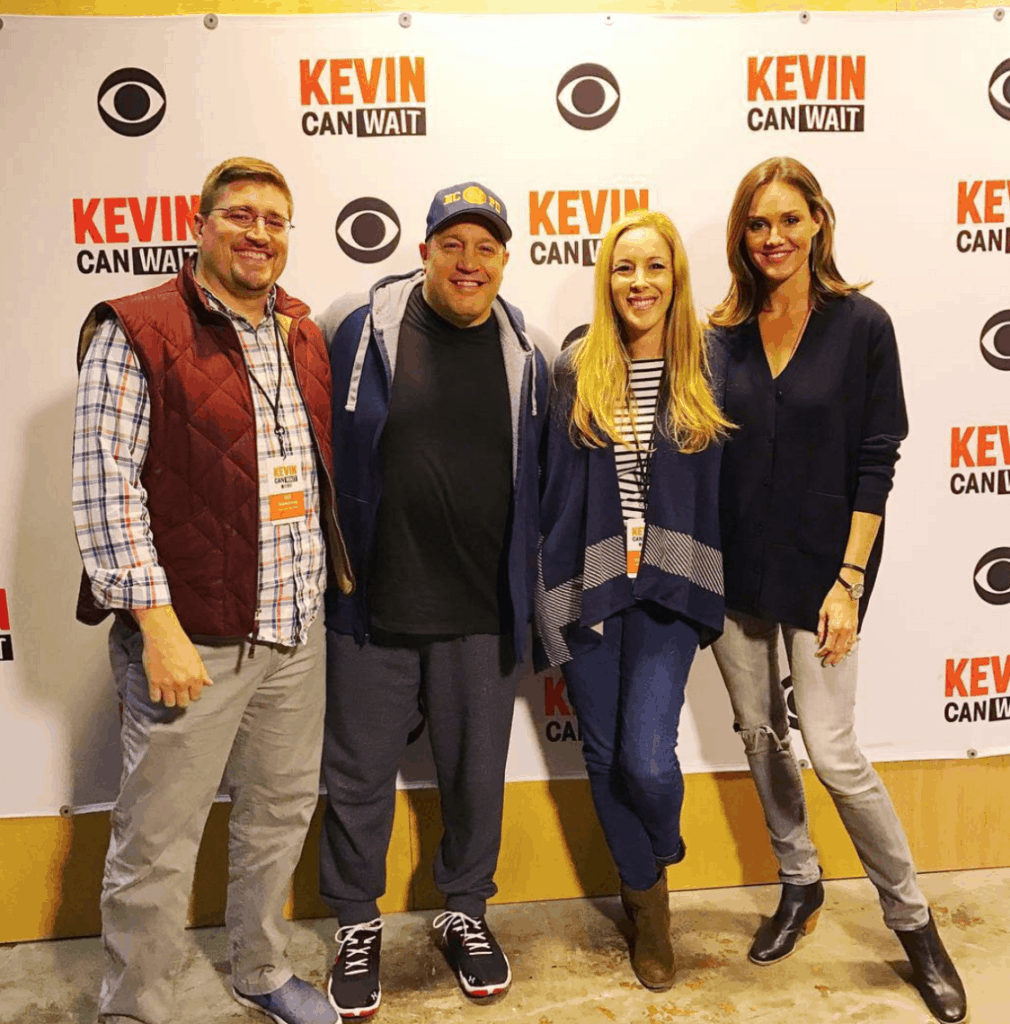 A couple of weeks ago, I had the awesome opportunity to check out some history on Long Island. Yes, that sounds dramatic, but it’s true. Long Island has a booming film and TV industry and I love to see it. While there have been many shows and movies filmed here, it’s only been recent that full fledged studios have set up shop. Recently, one of those studios landed LI’s first sitcom, with the full blown studio production, writing, etc. that comes along with it. To top it off, it stars an LI-native and, literally, one of my favorite comedians since I had the chance to see him live way back in 1998. I was lucky enough to visit the set of Kevin James’ new CBS comedy, “Kevin Can Wait.”

It was a lot of fun, I really had a great time. Not only did we have the opportunity to sit down and interview Kevin alongside his costar, Erinn Hayes, but we also got a set tour from none other than Executive Producer / Director Andy Fickman. They were all very warm and accommodating, and you could see Kevin was completely psyched to be home again, with his family, on good ol’ Long Island. Sniff, sniff…that boy makes me so proud! 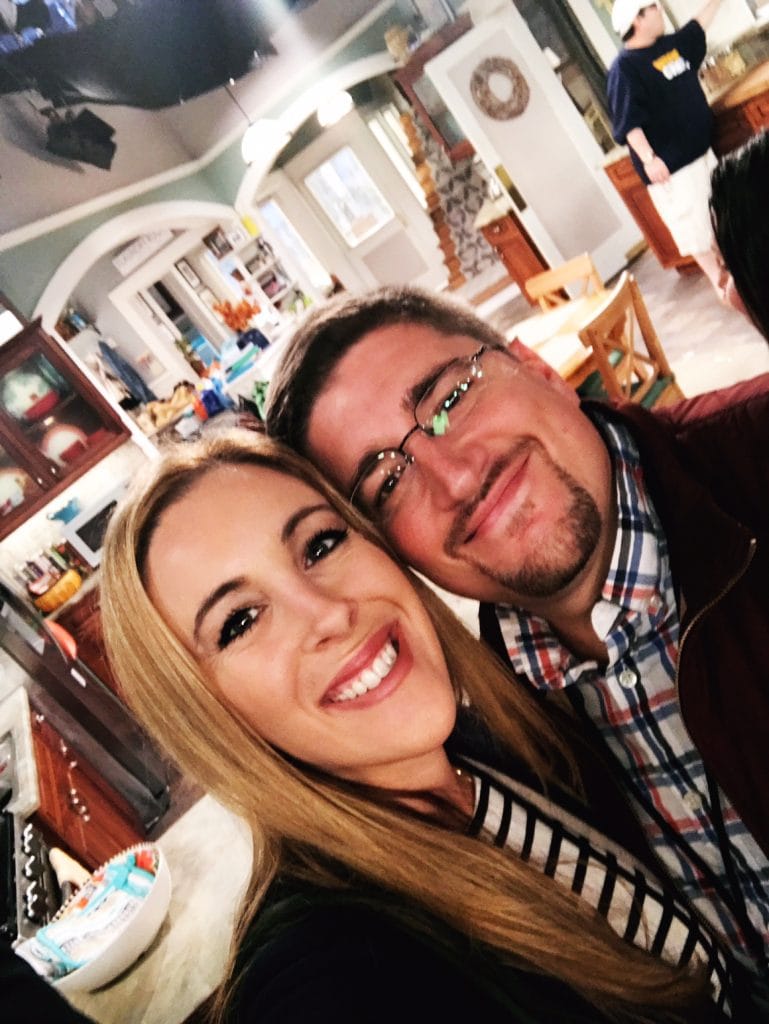 The studio was amazing, literally top notch, full out Hollywood style. A first of it’s kind on Long Island. Before we took the very interesting tour, we got a chance to sit down and chat a bit. It was great, they took questions from the bloggers in attendance and answered then very candidly. They were warm and funny, as you would hope and imagine.

In case you haven’t caught the new show, tune in on Mondays at 8pm  ET/7pm CT on CBS. DVR, HULU, tune in, write a note…whatever…because it is super funny and worth your time. 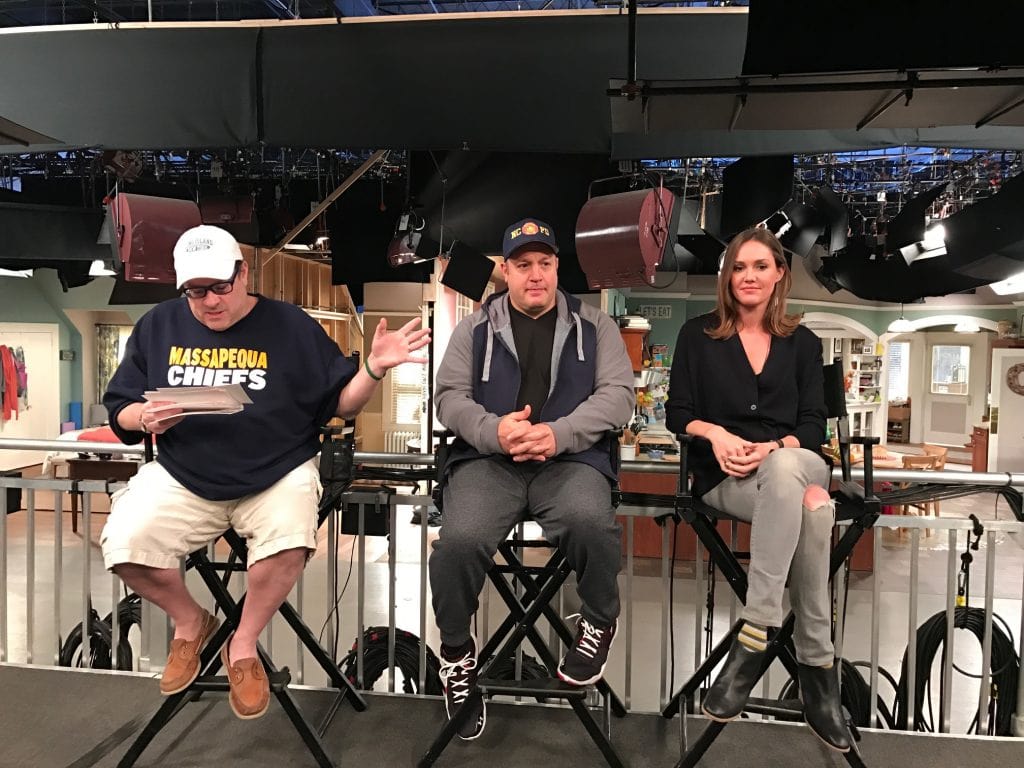 The tour set was pretty awesome. I LOVE all the LONG ISLAND props. It’s the real deal. This show is representing!!! Even though he seems to be a typical Mets/Jets/Islanders fan…lots of losing but lots of character to show for it. 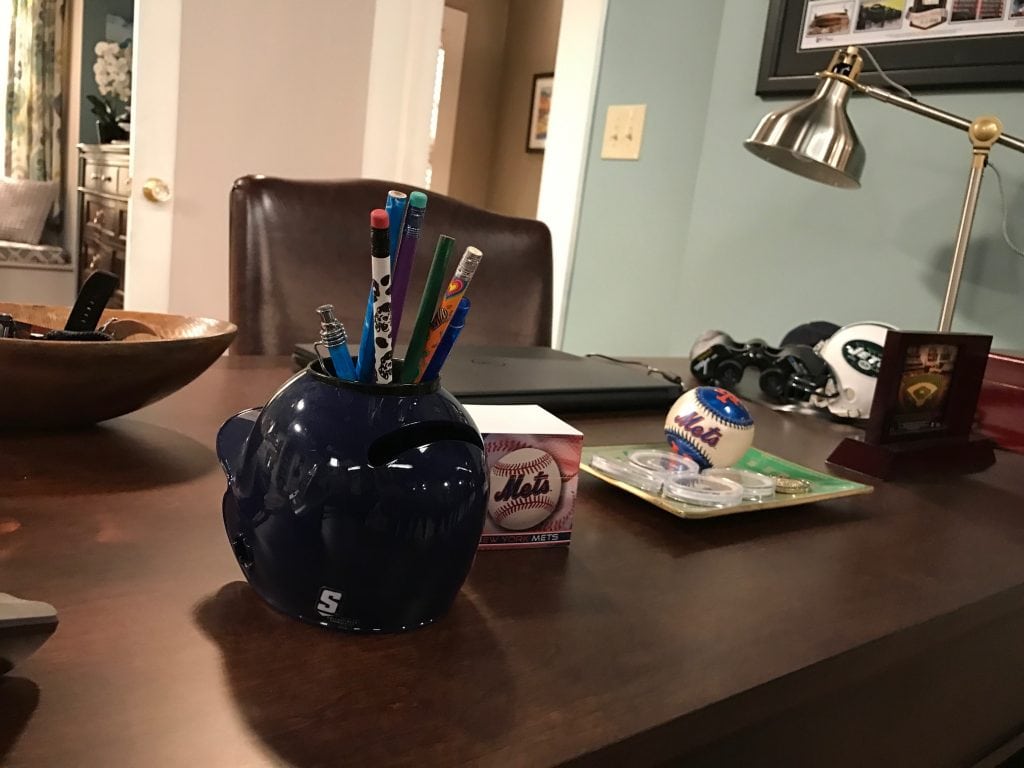 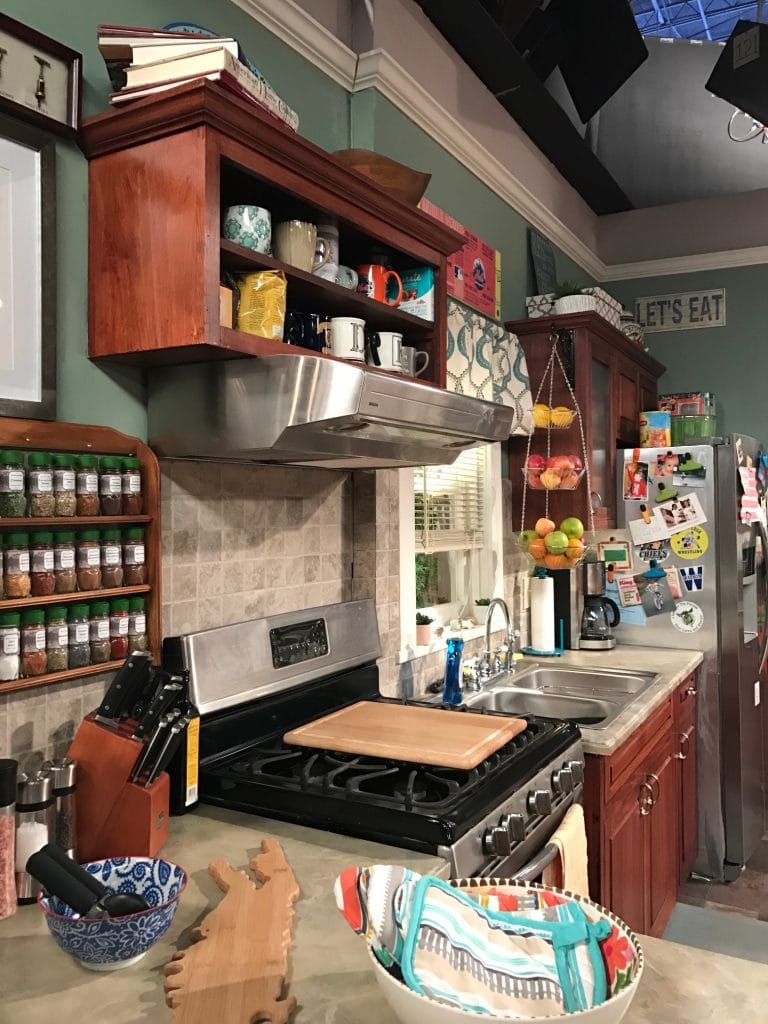 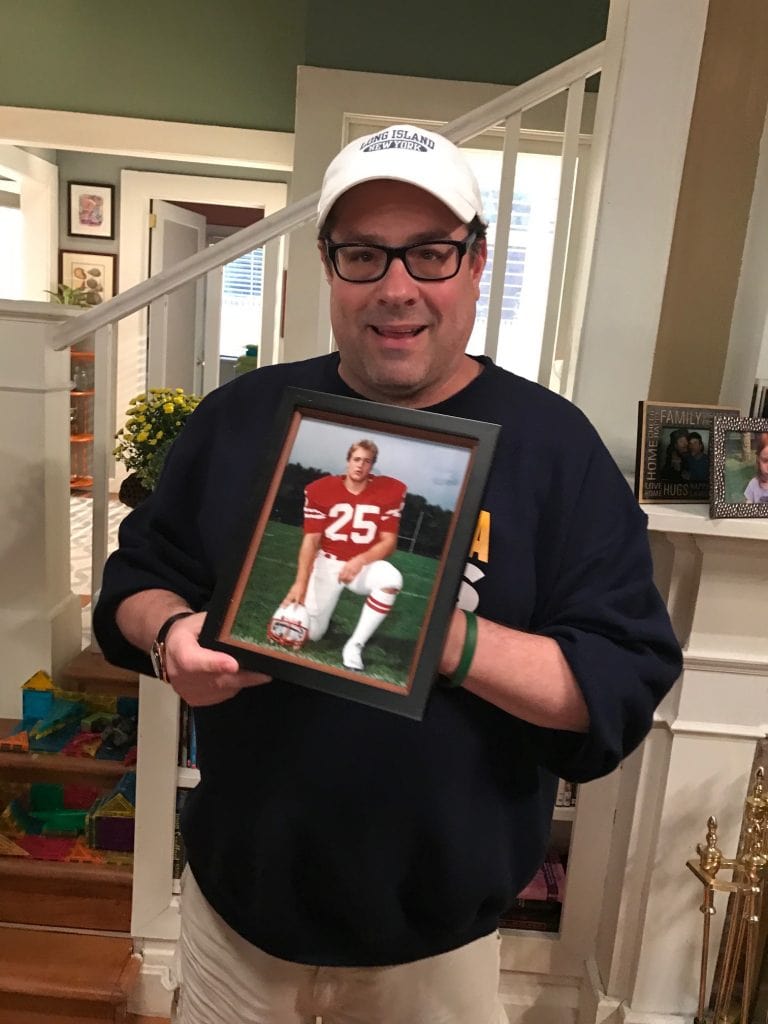 The pictures that are featured throughout the house are genuine… like this high school photo of Kevin James playing football. That’s crazy. 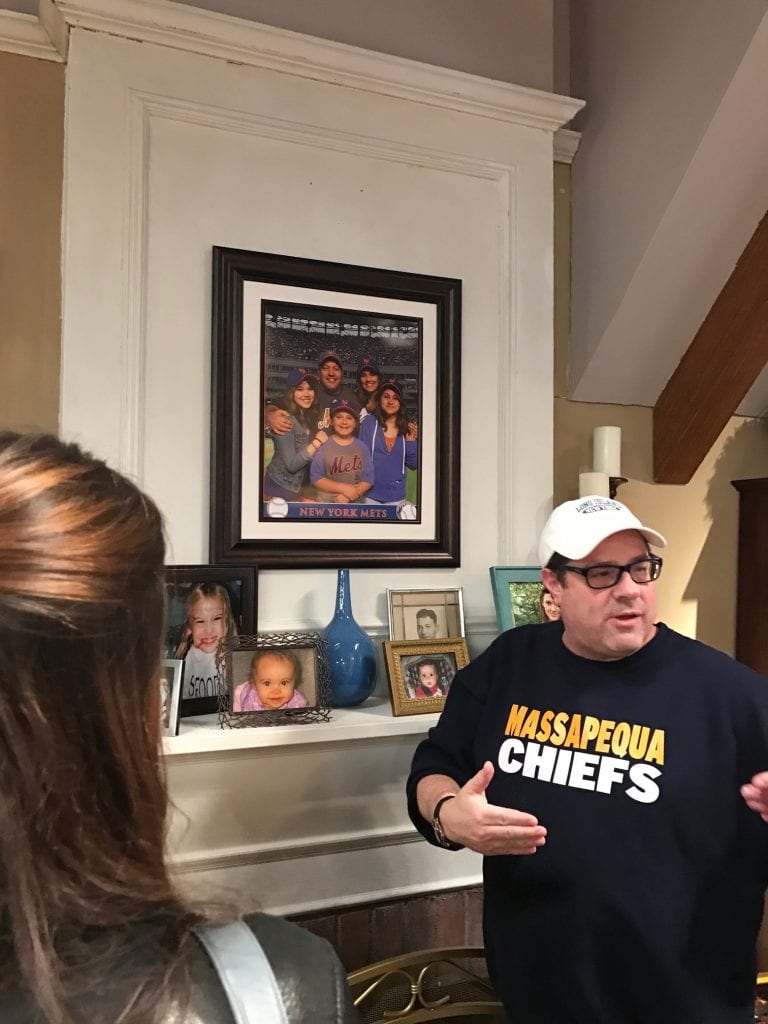 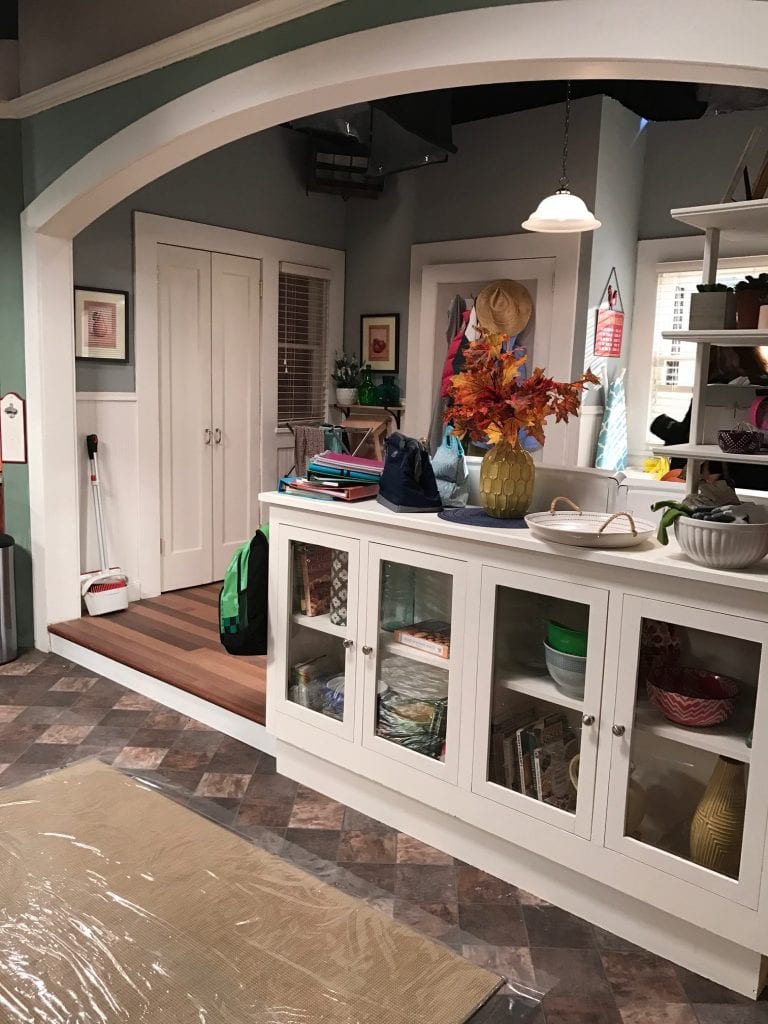 It’s pretty amazing, it really is like a “real” house, with all the rooms. It really helps to make the show more authentic. This is a sick facility, best in class, right here on Long Island. Hope this leads to an even bigger film boom here. 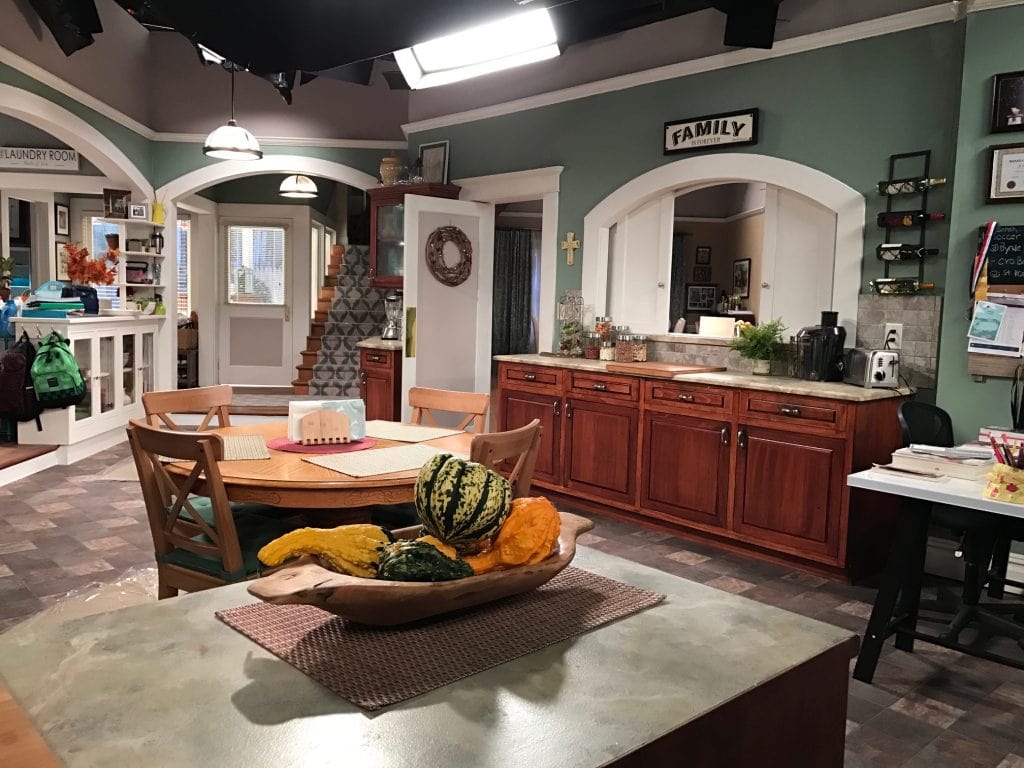 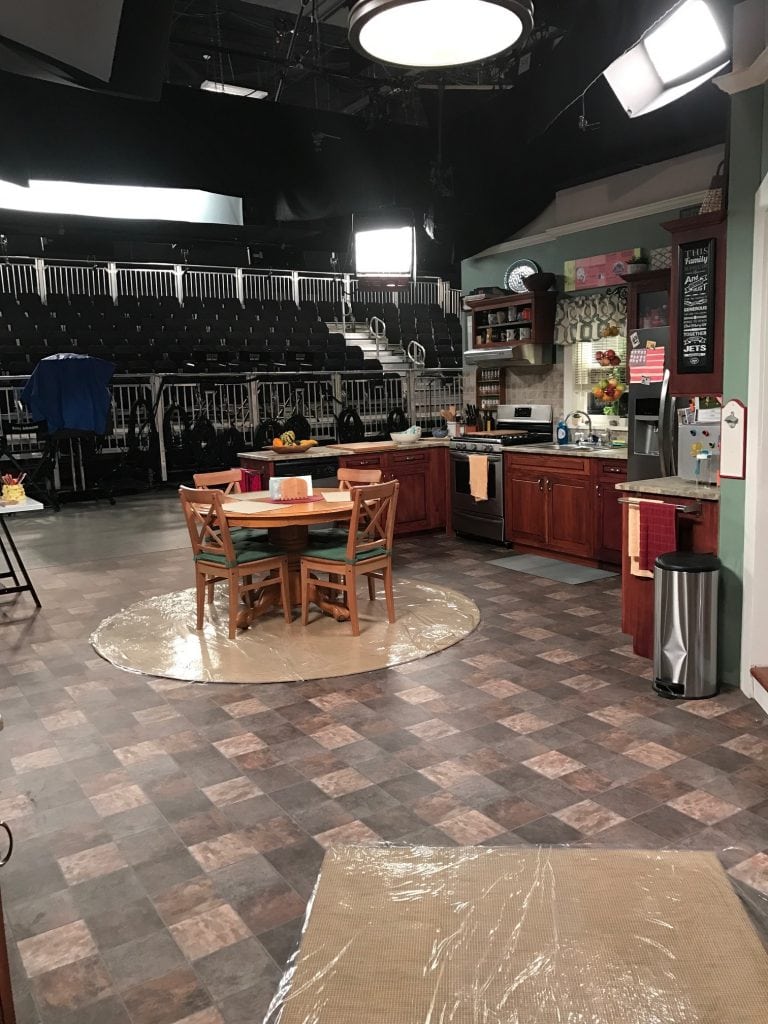 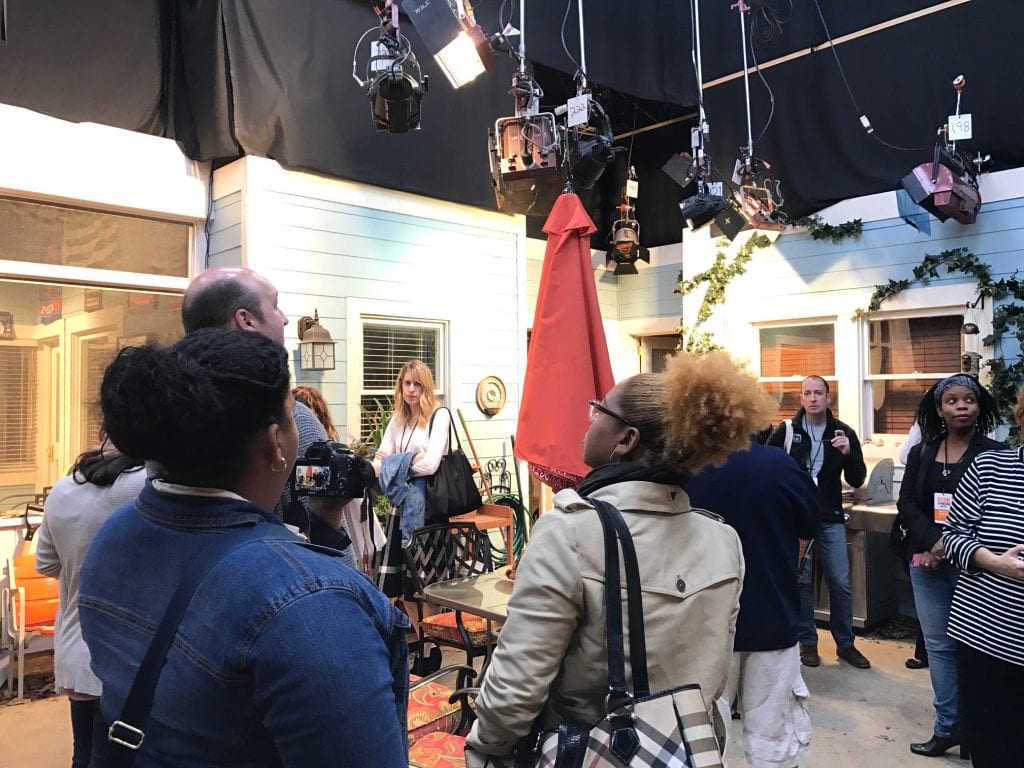 Dude, they even have a typical LI backyard…small with the classic above ground pool! Dope. 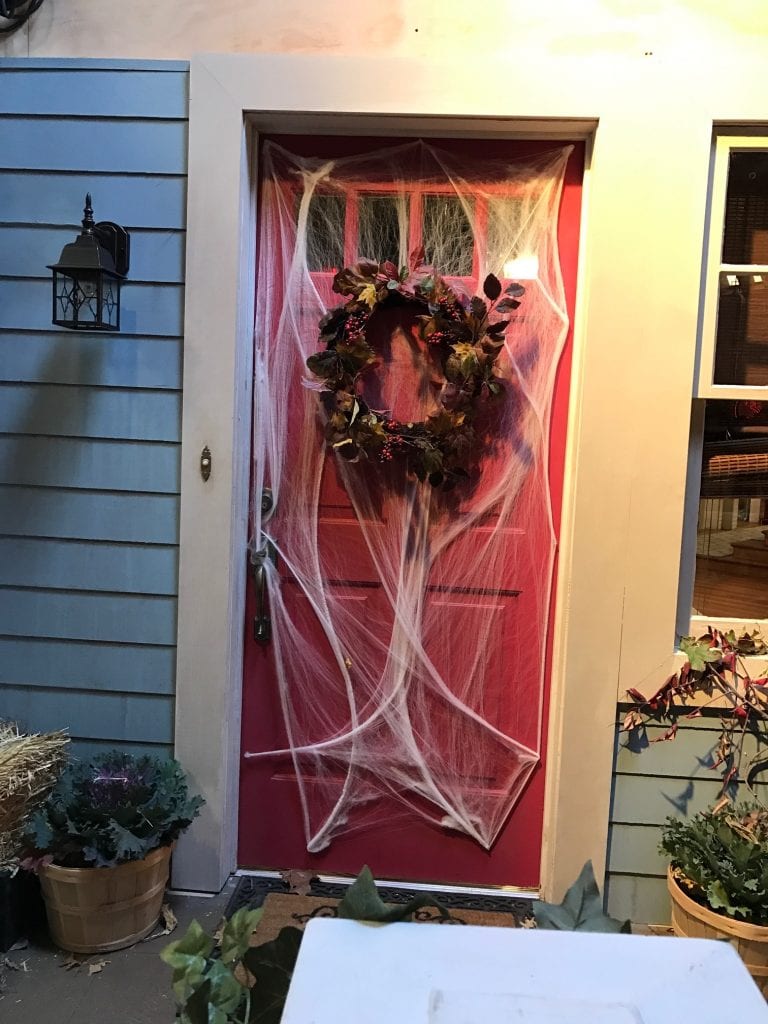 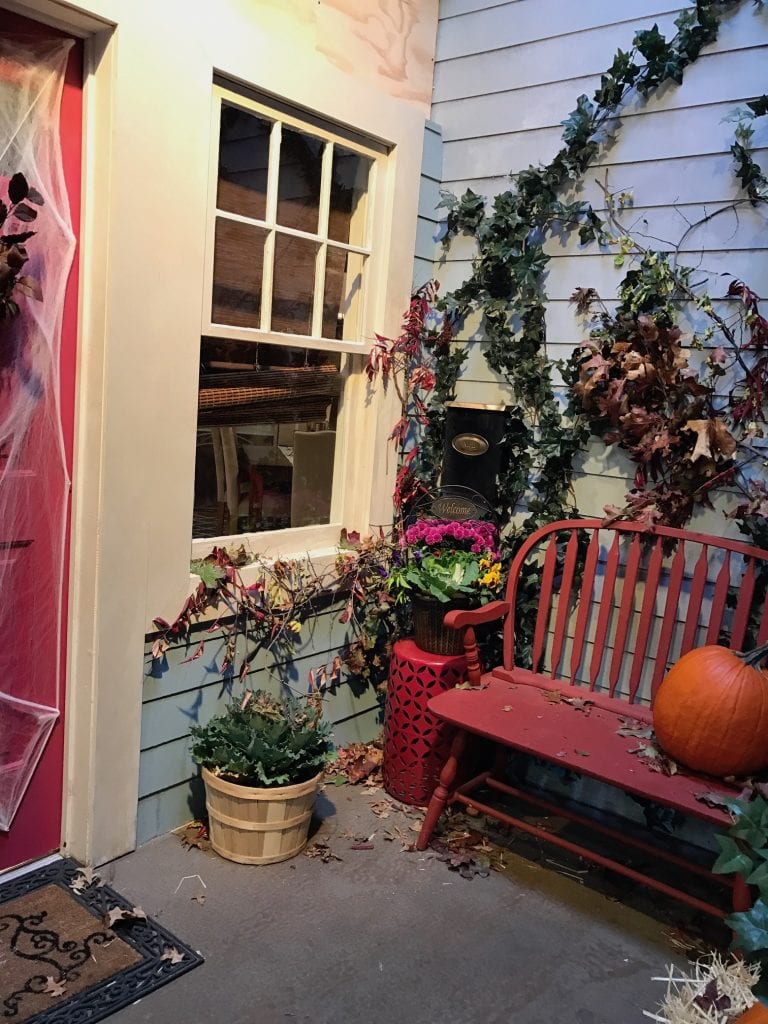 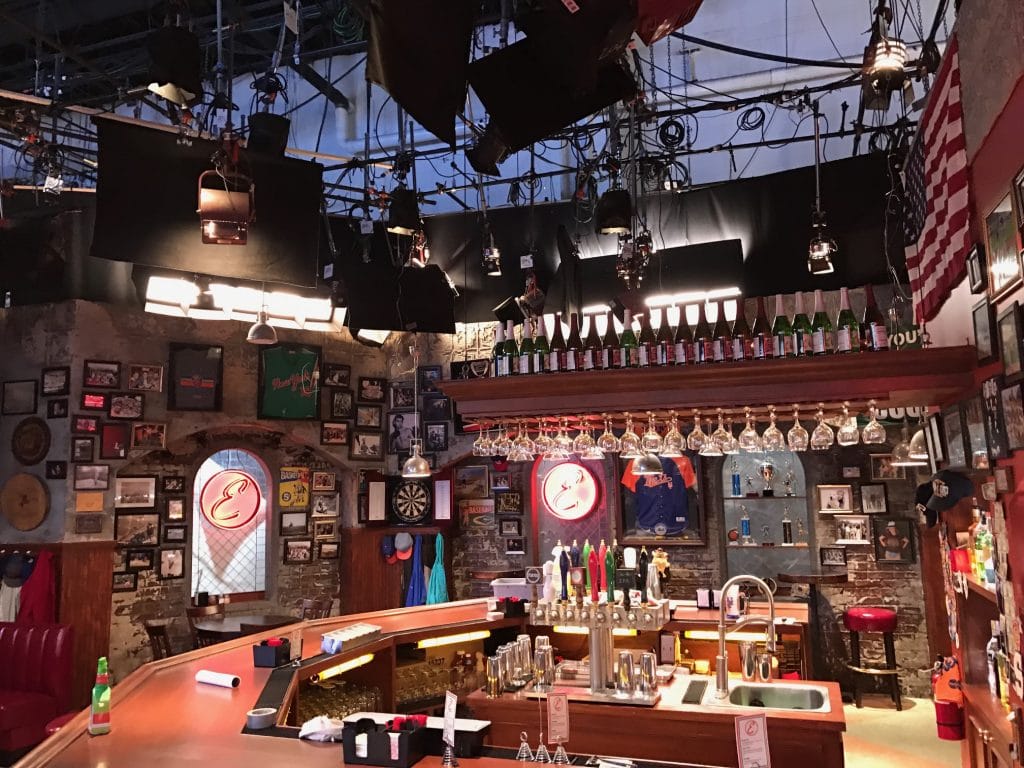 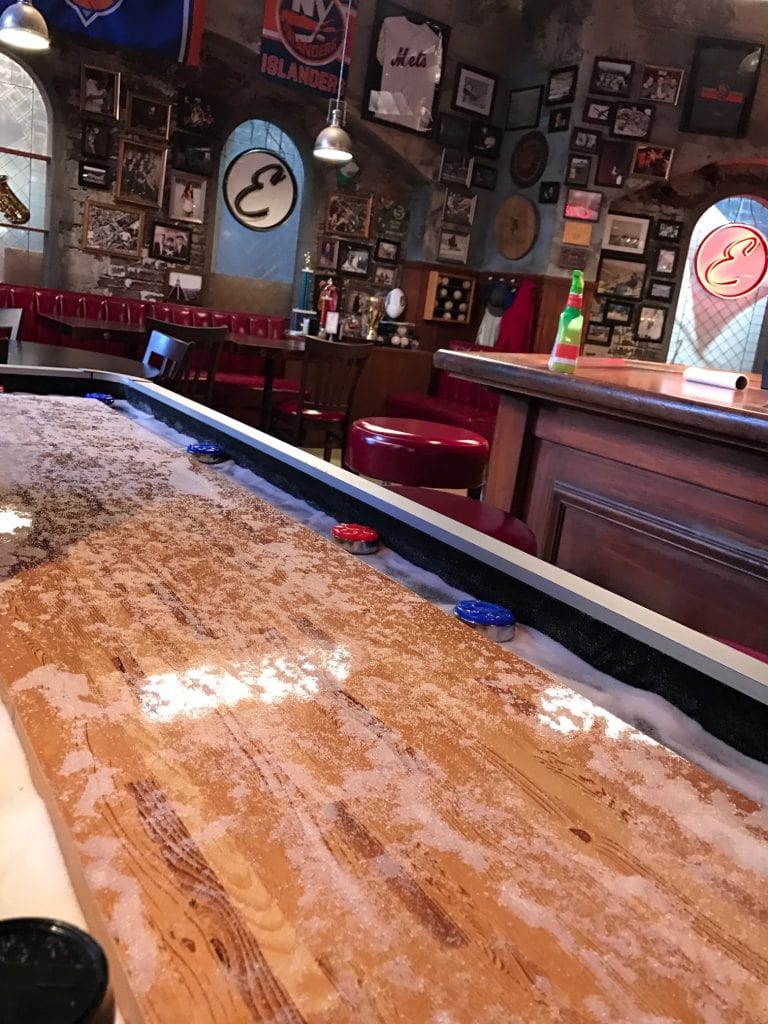 I feel at home. 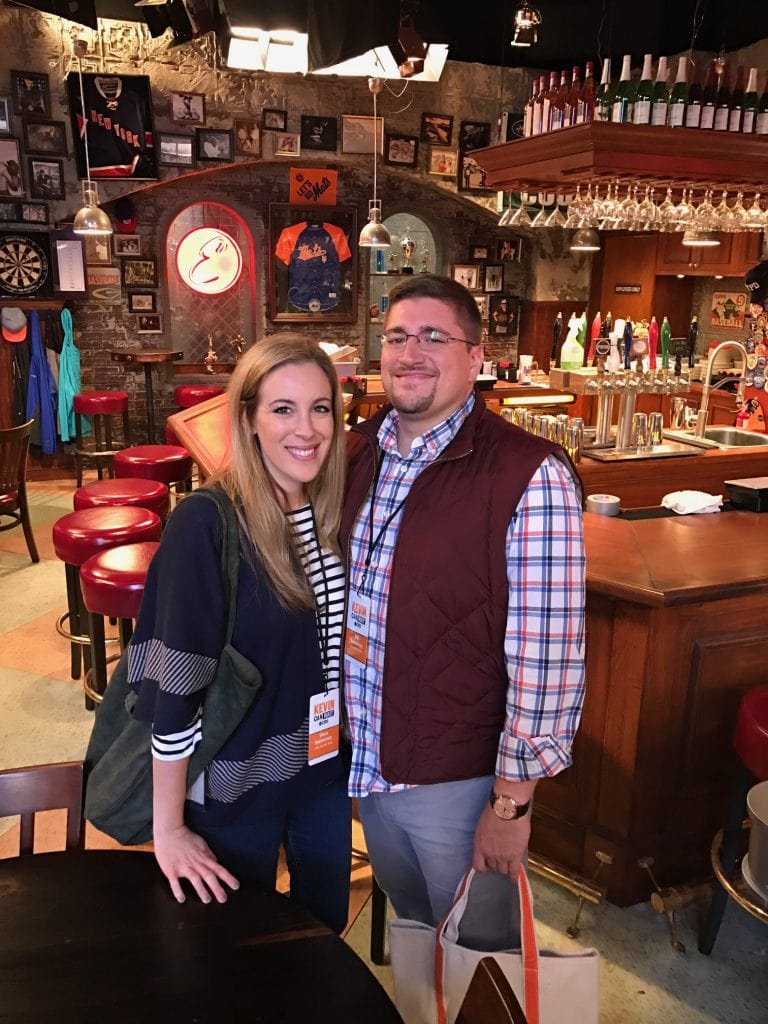 To try to get tickets! It’s a tough one with crazy demand, but click here and check back often for a date to open up. Make this a huge success!!! 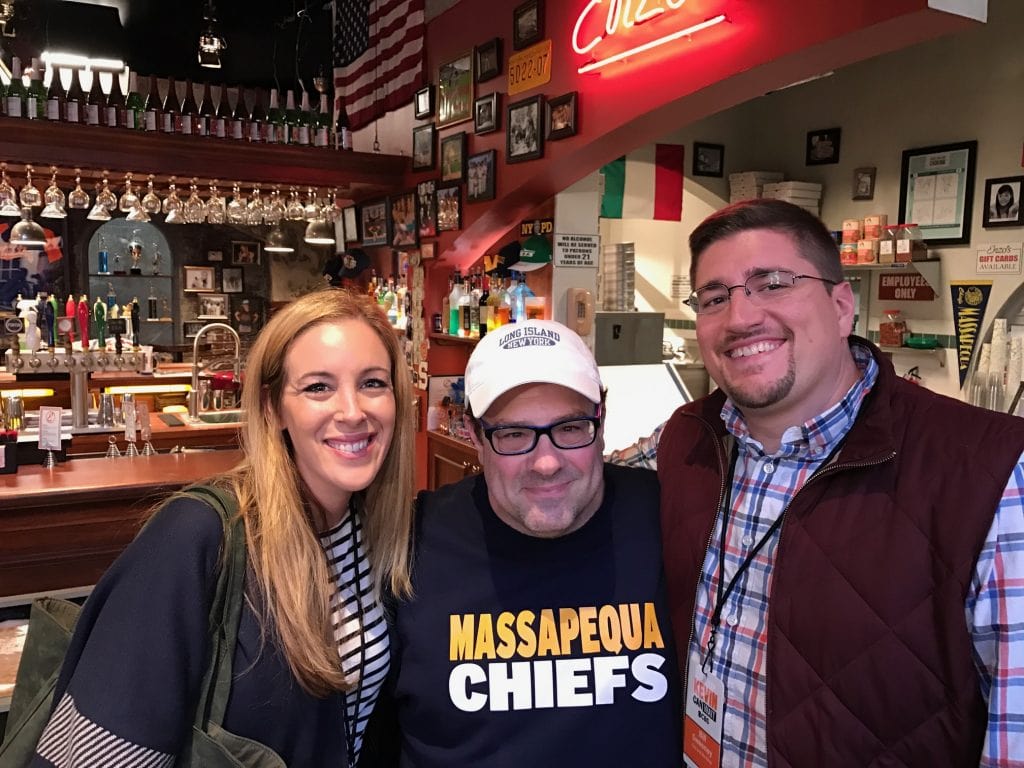 Special thanks to Andy Fickman for walking the group around the set. Very nice guy. I think this LA guy is quickly becoming an LI guy!!

“Hallow-We-Ain’t-Home” – On Halloween, Kevin and Donna’s neighbors “trick” them in holiday style when they pretend not to be home to avoid giving out candy. Also, Chale has an altercation with a man dressed as a Viking (Noah Syndergaard), on KEVIN CAN WAIT, Monday, Oct. 31 (8:00-8:30 PM, ET/PT) on the CBS Television Network.

Get the Best in Entertainment with Sling TV...

Go Under The Brooklyn Bridge On Today To...

Netflix Interactive TV Allows You To Choose What...

This would be so fun to visit a TV set. It looks like areal house.

Love this! I can’t believe I haven’t seen the show. I’m sure it’s hilarious. Being able to tour the set is an amazing opportunity. Glad that they do set tours.

This looks like a super fun trip! I haven’t watched this show but with him being in it, I bet it is hilarious!