In October 2014, the John F. Kennedy Center for the Performing Arts announced a five-year $5 million gift from Capital One to fund Comedy at the Kennedy Center, a signature program focused on elevating comedy as an art form and uniting the local community together through laughter.

Capital One’s main goal for hosting this series is to bring the local community together to talk about serious societal issues and concepts in a lighthearted and funny way. Kudos to that, I say. This year, the Kennedy Center presented its first District of Comedy Festival. The festival spanned four days, from June 22-25. Could there be a better way to celebrate than heading down the Washington D.C. with my wife to check it out??? I don’t think there is. As much as Vera and I love comedy, we just don’t seem to get anywhere near enough of it these days. No stand-up, sit down (kidding), sitcoms, movies, not much at all. (You know she has a vampire problem, right?). The notion of going to the fantastic Kennedy Center and to check out some stand-up really resonated with us. Such an awesome idea. Then…we found out the headliner would be Joel McHale. Joyfullness ensued because we love that guy. He’s hilarious.

One show that we would NEVER miss when we first got married was Talk Soup with Joel McHale. Seriously, such a great show. The concept, the one-liners, and Joel’s personality were the best. We were psyched and ready to laugh. Hilarity would ensue in our nation’s capital. Hello! Next stop, Union Station…and what a gorgeous station it is. See… From the station, we quickly hopped on over to dinner at a fantastic restaurant, lingered much longer than necessary as there was a veritable monsoon outside during dinner (another dessert and 3 more coffees? Yes please), then finally took a very pleasant walk over to the Kennedy Center.

After finding the lounge and venue, we found our seats and table and tried to contain our excitement. No, seriously, we were pretty psyched to see McHale live. We knew he would be funny. All of that Soup? C’mon, just too good. The District Of Comedy was ’bout to blow up, baby.  Joel McHale did NOT disappoint.

The show was dope. It was really funny, for real, and I think people may have been getting a little uncomfortable. Who cares? Lighten up, man. The jokes were awesome, funny, at times raunchy, and very un-PC. Love it. I hate political correctness, and the comedy of the show pretty much did just what Capital One seemed to have in mind. Nothing was off-limits…and it worked. There were some really crazy moments that made you think. Great stuff. When the set was over, Bill and I had the chance to go backstage and hang. We were boys…but why is he so tall and ripped? It makes me look bad, and I’m just not a big fan of looking bad. I need to hit the gym and take vitamins or something. Green smoothies and kale. something. Other than that…dope night indeed. Very dope. To check out the Kennedy Center’s District of Comedy line-up, click here.

For more information about Capital One, please check out:

This is a sponsored post. All opinions and love of laughter are my own. 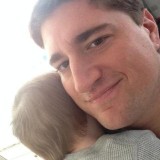 5 replies on “District of Comedy Festival Kicks Off In A Big, Hilarious Way With Joel McHale #DistrictOfComedy @CapitalOne”

Joel McHale is hilarious. My husband and I are both huge fans of his.

I have actually never seen this comedian even on TV. I do love a good laugh, it looks like this would be a fun act to see. If they travel down here and they have to check it out.

I love a good comedy show. The District of Comedy Festival sounds like a really cool event. I love that Capital One is supporting the arts.

The District of Comedy sounds awesome. I love Joel McHale so I’m sure I would have enjoyed this event!

I love a good comedy show. This looks like so much fun. A full on comedy festival is perfect for time out with friends.